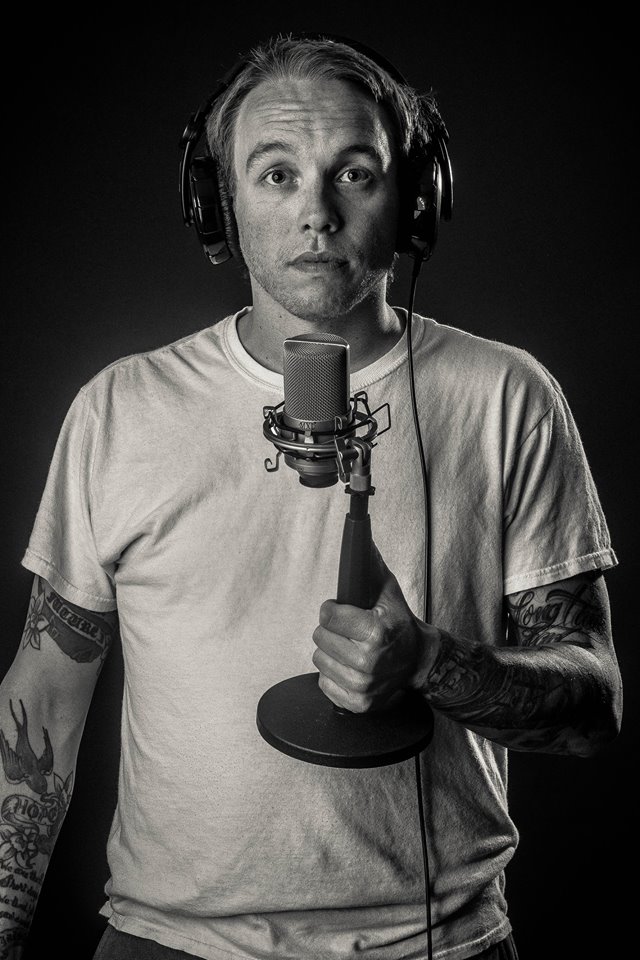 I’ve got a pretty good case of hobby-ADD, a term that I haven’t bothered to fully finish defining but basically translates into a very on-again-off-again approach to investing my time into any number of things. You’ll see reference to all kinds of stuff here; tactical gear, philosophy, miniatures, gaming, being a family man, growing up, music, technology and whatever book I picked up last week. I use this space primarily as an infodump for everything I’m working on, so that when I’m eventually a super-famous magician or something, there’ll be a spot I’ve already got everything logged. I’m into nerd culture, podcasts and history. I like big band swing, easy listening jazz, story-telling country, screaming thrash-metal and aggressive hip-hop. I want to write stories and save the world.

I decided to revamp the blog a little in the summer of 2017. As I’ve found myself writing more frequently, I figured it was best to put a little shine on the place in case somebody actually stopped in to have a gander. If you’re here, it’s probably because you like awesome stuff like Brazilian Jiu Jitsu or cooking on firepits.

Without a clear cut direction, I’m not too sure what this blog will become. If anything else, I’m hoping to just keep this one going. A little slice of the internet, just for me. Whatever it is, however it turns out – I’m aiming for a few things here. I think there’s probably a few people in a similar situation – a dad, a little lost, a little put together.

I know bloggers are supposed to ‘pick a lane’ and stick to it, but that doesn’t jive so well with me. That said, you’ll get a pretty good look at the spectrum of my interests by following along here. Even moreso by following me on Instagram – @corvusactual.

I know you're supposed to be good and familiar with Metasploit. Or, java. Or, probably lockpicking, right? Or, is it vishing? Here's the gap I'm seeing - I haven't been able to find reliable guides on developing a 'red team'. And I'll be honest - I like that phrase - the 'read team'. From what [...]

On DEFCON – Thoughts and experiences of a noob.

Holy shit, I went to DEFCON. I think that probably went through my head a dozen times. Maybe more. I've been watching videos on infosec from the major conventions for about a decade or so. There's a few 'big' ones - Black Hat and DEFCON being the main players. As I sit in the airport, [...]

This post is part of an ongoing project called The Wedge. To read more, click here. Rucking. I've been doing it for a few years now and slowly starting to indoctrinate the more crazy among my peers to start doing it too. The image for this post is taken from fitatmidlife.com, who gracefully describes the [...]

This post is part of an ongoing project called The Wedge. To read more, click here. Well, we're one month into The Wedge. This far, I expected a number of minor failures of discipline. I expected to be pushing strongly toward my goal of squatting two plates but also anticipated the frequency of my writing [...]

So, what better than to seek judgement…

This post is part of an ongoing project called The Wedge. To read more, click here. Today, internet, I present my first mix. You can listen here - LINK It's top 40 stuff and a healthy dose of playing with transition effects. First time I've ever gone public with a music project in over a [...]

This post is part of an ongoing project called The Wedge. To read more, click here. Current tally: Squatting 185, up to module 3 on Cybrary and writing now! One of the goals I had set for myself was to finally obtain a credential I've long since studied for. Admittedly, I've really only dipped into [...]

Corvus is a widely distributed genus of medium-sized to large birds in the family Corvidae. The genus includes species commonly known as crows, ravens, rooks and jackdaws; there is no consistent distinction between “crows” and “ravens”, and these appellations have been assigned to different species chiefly on the basis of their size, crows generally being smaller than ravens.